This all tube distortion is the newest thing from the lab here at M2. It uses two valve overdrives like the Infernus (based on the Valvecaster), but instead of having a solid state gain stage infront of either tube, one tube is used to drive the other in a series configuarion. The ‘Stereo/Mono’ switch expalined below allows you to run a single overdrive stage, or two cascaded overderdrive stages to achieve a similar effect in as the Infernus. The difference being that using a tube to drive another tubes gives a rounder clipping than with overdriven transistors or opamps. This allows you to get really nice, crunchy distortion from just tubes – no semiconductors involved.

Another thing to note besides the ‘screaming’ distortion you can produce with the two valves is the stereo feature this pedal boasts. The ‘Stereo/Mono’ switch (which doubles as the single/cascaded overdrive switch) allows you to send each tube’s output to a separate amp. Thus allowing one to play in stereo. By adjusting each tubes controls you can change the overdrive sent to each amp. That way each amp can be driven differently which results in an atmosphere of differet sounds. One of the really good uses for stereo is to have either amp cover a diferent frequency range so when playing lead you can get sustain and clarity while the harder driven amp can add a layer of crunchy distortion behind it.

It is also the first pedal from M2 to feature true bypass soft-touch switching! 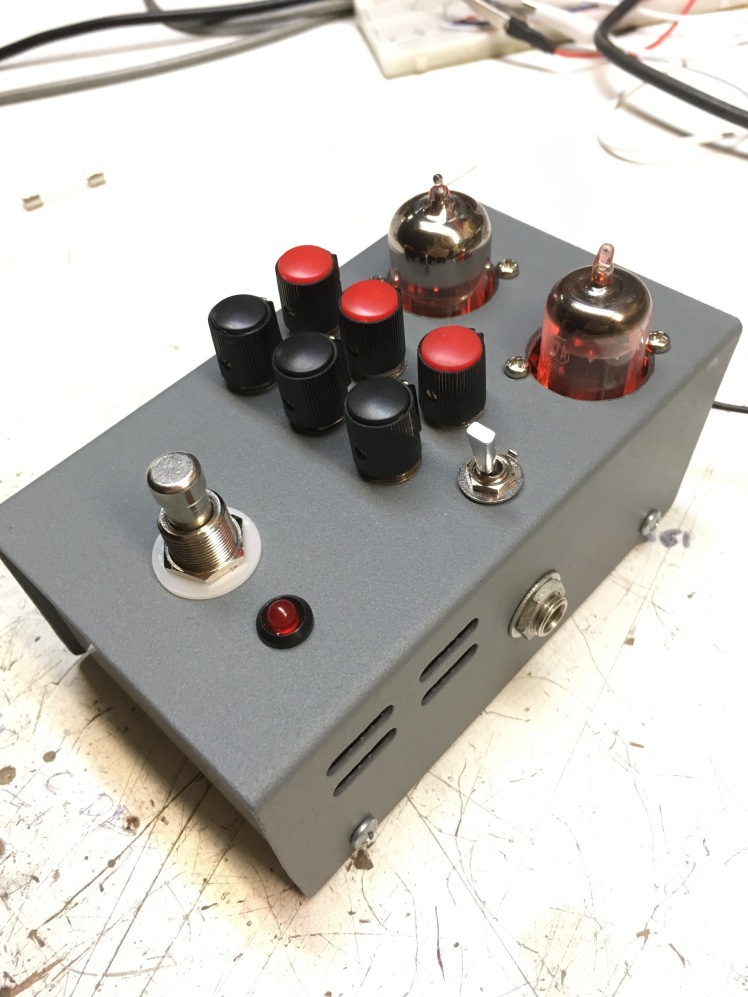 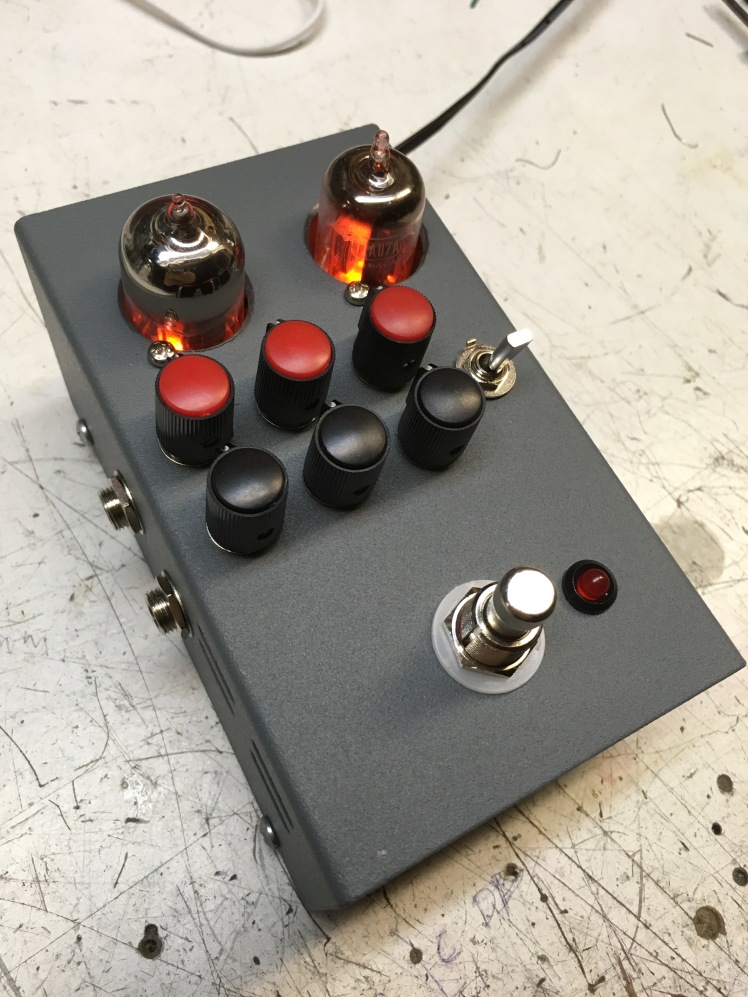 Specs are on there way soon, just as some final measurments and tests are completed!